A mound of grey lay in Vee’s lap, growing with each row of the cardigan she ripped out. She would wind the wool with some of the spun llama yarn and design a new jumper – sweater, she corrected herself – for sale in the shop.

The room went dark. Harry stood in the entrance of the refurbished barn that was now headquarters of “Twist of Fate”, their llama farm and wool business. The wool almost disappeared in the fuzzy unfolding morning. Vee liked working without the help of artificial yellow light or the buzz of flickering blue fluorescent bulbs. She liked the neither here, nor there of early morning, the darkness behind her and the full light of day to come. She felt hopeful.

“Vee, there’s a terribly rich crop of new dandelions blooming along the edges of the llama enclosure. I thought I’d make a batch of dandelion wine….”

Vee picked up the end of the wool and began winding it into a ball but knots formed and she couldn’t see how to untangle them. With every turn of the ball, another knot appeared.

Harry’s garden clogs squeaked as he walked down the crushed clamshell path, grinding the bits and pieces smaller. He leaned on the split rail fence staring at the necklace of hundreds of dandelions flowering around the llama pen. He calculated Vee would be busy for a few hours tearing apart the sweater. He calculated in the end she’d be happy.

Bertram’s final command to his gardener, the last servant employed at Smock Manor, was “Weed it out, just weed it out! I want it done today!”  Muttering oaths – maybe in Gaelic – Bertram couldn’t understand, the gardener chopped and hauled the scrub brush from the perimeter of the estate, pulled the poisonous chrysanthemums by their dried heads, and piled the mess pyre-style between the garden shed and the old gatehouse. When lit, the sparks scattered like dandelion seeds on a windy day and landed on the roof of the dilapidated gatehouse, rapidly self-seeded to the gardening shed and then stag leapt to the manor house. Four hundred years of family history dispatched with a single match. And it was the gardener’s fault for burning yard waste too close to the old gatehouse.

With all suspicion lifted, his back-taxes paid from the sale of the estate lands, and a roly-poly bank account to fund his next life, Bertram Smock decided to track down his estranged sister. Despite five years of silence, he was certain the former Lady Veronica Smock-Speedwell, now of Vancouver Island, would welcome him. He’d forgiven her for leaving him in the lurch with an estate he couldn’t manage and running off with that old fart, Harry Bittercress, ergo, she must have forgiven him, too.

The cheapest flight he could find flew out of Dublin and even though the land of the sing-song-brogue and bog black beer irked his Anglo-Saxon marrow, he would do it. His bank account wasn’t that roly-poly.

That the airline was sampling their new herbal tea on the flight and that the cabin was filled with its fragrance which churned acid up his esophagus for most of the journey was a small price to pay. The captain welcomed everyone on board and did his weather patter in Gaelic, then finished with untranslated Gaelic words, but which sounded familiar, didn’t register with Harry as his saliva fought to keep down the bile which kept coming up.

Vee twitched again. She was in Smock Manor which was a beehive and she the queen bee covered in gold pollen dropped like pixie dust bombs by thousands of swarming bees, all collected from the family of mums, asters and daisies surrounding the manor house.

Bertie held a burning match up to the window of the hive. The buzzing stopped. The pollen settled and the bees fled. Bertie tossed the match into the hive and all the precious bee pollen incinerated. Vee was trapped inside, alone.

She jerked awake to the sound of her knitting needles hitting the hardwood floor.

Rose Laine was behind the counter singing “Leis an Lurgainn” ” an old Gaelic song she learned as a child, winding yarn into a ball, when a man with a double chin the size of two 100 gram balls of baby llama yarn and a belly as round as a spinning wheel, walked through the door. As he stood sideways to her, she thought he looked like a capital “B”. Outside she heard the wood note of a bird making a choking sound. 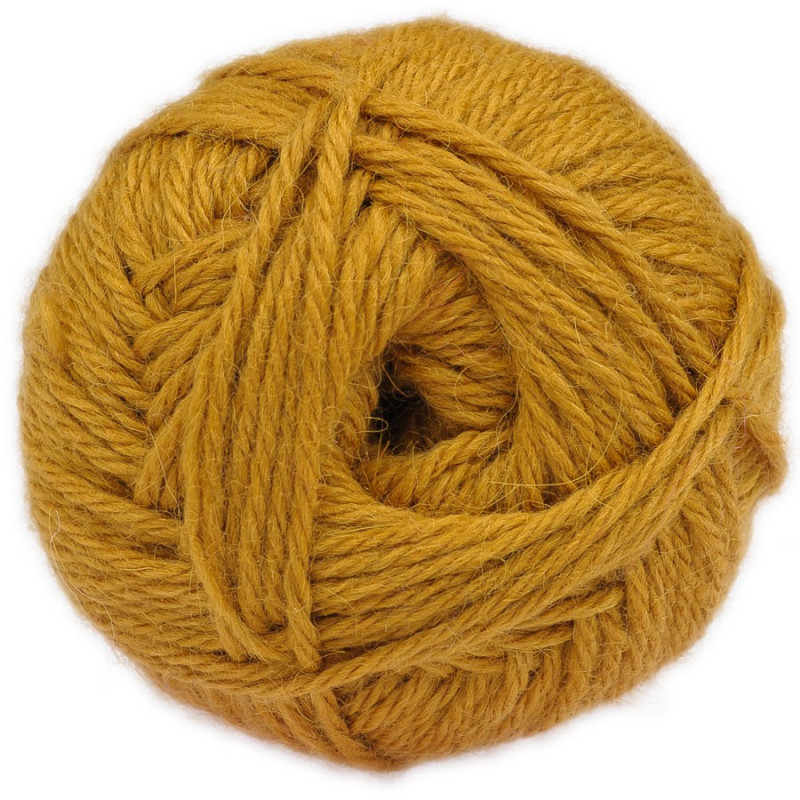 The B-man walked around the shop, bumping into the tables displaying reclaimed sweaters, Rose’s specialty, picking up skeins and putting them down in the wrong spot, snickering at the photos of people wearing clothes knit from the hair of beloved dead pets. Each picture featured Veronica shoulder to shoulder with her customers, lips together in a demi-smile, clutching a picture of the beast whose fur had been harvested.

The B-man’s face turned as blotchy as a purple sweater splashed by bleach as he circled the table. Rose heard him mutter “Bloody bitch.”

Bertram felt his skin itch, as he recalled his sister’s ability to turn leftovers into a love-in. He turned around and hip-checked the table and the whole arrangement clattered to the floor.

“Apologies”, the B-man said. “I forget my girth. I’m as clumsy as that big black llama roaming outside.”

“Elvis is as nimble as an angel,” Rose said, feeling a tiny stitch of sympathy for the man who recognized and felt bad about his oxen size. She rearranged the display items, humming her Gaelic tune.

Bertram appraised the woman, admiring her nubile shape, wondering if her long legs would gather him in the way she was gathering wool into a ball.

Rose knew the look. That kind of wet smile and low-wick eyes with a dying flicker. She’d seen it enough in her strip-club days and knew the intent. Old men with something to prove. One more time. One last hurrah.

“I’d like to learn how to knit.” Bertram replied.

“No time like the present.” Rose said. “The easiest way to learn is by a method taught to me by my boyfriend. It’s called arm knitting. Hold out your arms.”

His face purpled again, unaccustomed to taking orders from a woman. Rose wrapped the hemp yarn blend around Bertram’s hairy forearms, tightening the knots. When he was securely bound and wound, Rose had him knitting before he knew what he was doing. Rose sang her song as Bertie stood and knit, his fabric thickening and lengthening. He hadn’t felt this excited in years. Rose’s rhythmic song moved him along, his stitches taut, his movements gliding easily, gaining strength and power with each row. When he was nearly done, Harry and Vee arrived, bringing a basket of lunch to share with Rose and a dark green bottle with a cork sticking half way up.

Vee, looked at her brother, tied in knots by Rose, and laughed. “I had a feeling you might be coming, Bertie.”

“Harry has some dandelion wine he made last spring. Let’s celebrate your visit.”

Bertie lifted the citrine fluid to his lips and sipped. Ambrosia! He drank it in a single swig and stood still, feeling the heat first, and then gradually his extremities turned cold. His feet froze and, unable to hold himself up on a numb foundation, he fell over.

The doctors said it was anaphylactic shock. Most likely as a result of the dandelion wine. Did they know he was allergic?

The humming in Rose’s head stopped.

Vee took Bertie’s arm knitting and displayed it with the other items made from dead animals and labeled it “A piece of work. My brother – Bertram Smock’s – last hurrah.”

*For Donna-Thanks for asking about Vee and Harry.