The shadow of my former blogging self.

1.  Downward dog
I feed the dog a twice daily dose of pain killer wrapped in cream cheese – the cutest cheeseball you ever saw – for his luxating patella. When he hears me uncapping the lid of the pill bottle he trots into the kitchen. Do we know how many addicted dogs there are? Do we care? Soon I’ll be taking him to a safe injection site.

What would happen if I took one of his pills?

2.  Coffee low
Our youngest daughter has become a coffee drinker. I enabled her, bought the best beans – locally roasted – but she prefers McCafe. “You can buy them in the grocery store,” she says.

3.  Personality plus
I looked myself up on Google. I wanted to make sure I’m still here because lately I feel like I’ve disappeared. Google says Susanne Fletcher has many incarnations – in the 1940 census of Ancestry.com, the acknowledgements page of Sex in the Ancient World A-Z, a letter writer to the Durango Herald.

A personality test confirmed Google’s findings. I was a different person each time. I took the test twice. I’m tempted to do it again, addicted to refining the defining but the reality is I am now, and always will be, TBD.

In the Merriam Webster dictionary, I’m MIA unless you consider the word “promiscuous” which is what Google infers considering the number of entries under my name. Google practices the algorithm method which is why there are so many of me.

4. A Collins glass half empty
Poetry doesn’t calm me anymore. I prefer Tom Collins to Billy Collins. Tom was my first grown-up cocktail in The Breezeway – the student union pub at Memorial University of Newfoundland. The maraschino cherry was at the bottom. Bottom’s up!

5. To Have and Have Not
I am the daughter of an alcoholic and lately I drink too much. I hadn’t planned to become an alcoholic when I retired. I thought I’d be a writer.

Around 4:30 in the afternoon I get anxious and then I have a drink and the worried birds in my gut calm. At first it was a martini made with Georgian Bay Gin, a gin that smells of windblown junipers and jack pines, a dive in cold water on a hot day, skinny dipping, sex on hot Canadian Shield rocks,  moss pillows, and campfire. Then hot weather fell like spent magnolia petals and I changed to drinking crisp white wine. Cheap. Plonk. Grocery store. No way am I standing in line at the liquor store on specially designated circles of hell drawn on the pavement to buy a decent bottle. Cheap gets me to cheerful just as good as fancy French.

4. Pandemic Curve
I’m distracted by the American Goldfinch undulating by my window – yellow and black, a Jackson Pollack flight of splash and dash – a Scoliosis of time. 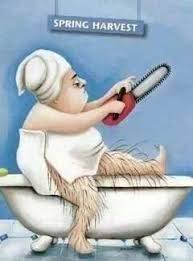 City sewer authorities are imploring the women of Ottawa to consider shaving one half of each leg per week to remove winter growth. “We want to avoid clogging pipes as occurred last year when all women residents shaved their legs on the first day that temperatures rose above 0 Celcius.” END_OF_DOCUMENT_TOKEN_TO_BE_REPLACED

Bluesy opened the car door and peered inside, reaching to button my blouse, his cold fingers accidentally touching the already well-chilled skin above my sternum. I could have, indeed should have, batted him away but I was exhausted and just wanted him gone.

He fumbled with a pretty opalescent button as small as a sequin, and as thin, muttering “Lord almighty,” as he attempted to insert it into an equally small opening. The button edge weaseled into a minuscule fissure on the tip of his thumb. I closed my eyes pleased my blouse inflicted the pain I couldn’t. I held the image of it stuck in his thumb, hovering above my chest, blood rising warm from its travels from his heart, releasing a drop on the surface of my skin, where it sat, unable to go further. Maybe survival was possible if I just sat still until he left.

His hair dropped over my forehead and I smelled the factory of his body and his gut-recycled dinner, his mouth a smokestack and me an olfactory mistake. He’d smelled harmless fun – I think it was my shampoo. Herbal Essences would be happy when I wrote and told them I’d used their Passion Flower and Rice Milk product, a welcoming scent boosted by my pulse. The next thing I knew the likes of Bluesy had invited himself over for a steaming cup of tea and a few episodes of Breaking Bad , and before Jesse and Walt had finished cooking their first batch of meth I was flat on my back wondering how many kernels I could count in my popcorn ceiling before he’d leave. I cursed my mucous membranes, my lack of control, Bluesy’s intrusion.

We lasted 28 days. Thank God it wasn’t a leap year.

Yes, my name is February. My parents thought it a romantic moniker, it being the month of my conception, an ovulatory cycle of snow bound cuddles and cozy fires – but I hated it. It is a bottomless well of cold, a dory adrift in the North Atlantic without an oar or a rudder or a bailing bucket. Here I was, February in February, like a frozen daiquiri on an Antarctic cruise, half dressed in my car trying to get rid of Bluesy.

He finished the job. I sniffed, sucked in the snot that drained from my nose and caught a whiff of Tide Clean.

“God, I love February,” he said as he kissed me goodbye.

I examined his work. He’d married the button to the wrong hole and my blouse was askew but it was over. Bluesy was gone, my heart buttoned up, safe for another year. No doubt he’d be back again to continue his work. On my way home, I stopped by WalMart to pick up some new shampoo and went with “Colour Me Happy”.

Facebook invited me to the party two days before the event. I felt like an afterthought but what the heck, I said. I’ll go. To be honest, I was surprised he’d friended me. We’re not exactly on good terms. END_OF_DOCUMENT_TOKEN_TO_BE_REPLACED

April 16, 2018, Ottawa, Ontario – A new literary journal for the 60+ writer launches here tomorrow. Crank will fill you with high fibre content from the sexti-septi and octogenarians you want to read. Look for age defying fiction, creative non-fiction, and poetry to make you wish you were 60, 75 – even 89.

Susanne Fletcher, Crank’s well-seasoned editor, says “No one is too old for Crank but if I find out you’re a 20-something pretending to be 60 because you’re desperate to appear in this mag, I’ll send you a sack of used Depends.”

The inaugural issue features a cover design called “The Grand Damn Canyon”, by 93 year old Val Vielle, and takes you on a single wrinkle’s journey from big toe, through the arroyos of her knees to the crater around her right eye. It will stun you. Sit with ninety-nine year old Digger Jones at the edge of the abyss in his epic confessional poem examining his life as a gravedigger. “Died in Heaven” recalls Mercy Sakes five years in a tie-die commune in central British Columbia.

Fletcher earned her snark working in underfunded non-profits for 40 years. Bitter but not beaten, she feels her experience in this sector notorious for unreasonable expectations and low pay has prepared her to lead Crank.

Got a story, poem, or art to send us? You must be 60 at the time of submission. We charge $50 Canadian ($5.00 US). All funds go to the Crank-in-Chief’s bank account. We promise to reply within two years.  We love horror. Send us your stories.

Susanne Fletcher is a yellow-toothed, grey-haired old woman whose ancestors include a bald-headed bullshitter, an apple pie scented soothsayer, an itinerant ukulele teacher and a lips-sucked-in recriminator. She holds degrees buried in wrinkle canyons carved around her mouth and eyes. When not napping or showering to minimize old lady smell or reading grocery store fliers and clipping coupons, she reads literary journal contributor pages and writes mocking bios that exceed the 50 word limit.

Now its your turn. What would your 50 word (more or less) bio say?

She stuffed Hershey’s Kisses into the numbered pockets of the soft, felt advent calendar. The kiss tradition began back when Hershey had a factory in a nearby town called Smiths Falls. She felt virtuous supporting a local business and keeping its workers employed by sweetening the December mornings of their children with a sugar kiss. (Chocolate breath still reminds her of Christmas. ) That small factory closed a few years ago and the death knell rang its last gong. Then an entrepreneur purchased it to grow medical marijuana. END_OF_DOCUMENT_TOKEN_TO_BE_REPLACED

It’s time to stop the curation epidemic. We, the Ministry of Overused Words (MOW), the Word Protection Collective (WPC) and the Respect for the Oxford English Dictionary (ROED) – now known as the Anti-Curation Coalition (ACC) – demand a cure for the word curated – a curative dose, for the overdose, the rendering comatose of a perfectly reasonable word. END_OF_DOCUMENT_TOKEN_TO_BE_REPLACED 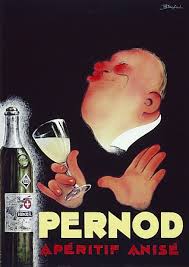 Harry wasn’t usually maudlin, but when he read Agatha Christie he craved Pernod. Poirot’s postulations made him reach for “The Green Beast” and once started down that path he was well on his way to a sappy night. Lady Smock had banned the books from the house but Harry had a library card and she couldn’t watch him every second, could she?

“Darling, I’m off to town to do a few errands”, Harry hollered.

Later, the scent of anise and the dregs of green in the tea cup beside the sink told her she was in for a long night.

Propped up in bed, Murder on the Orient Express open on his chest, Harry bemoaned trampled gardens, wormwood run amok, and ex-wife Melissa’s (the bitch) theft of his beloved collection of vintage custard crockery.

The next day, fur-tongued and contrite, Harry relinquished his library card. Lady Smock made salmon with fennel and Pernod for dinner, and the trustees of the Balthazar Herbert Hyssop-Smock Memorial Library were delighted to welcome her to the board of directors.