a shot. What not to believe
in – Greek gods, Tarot, Tao,
totalitarianism? Pick END_OF_DOCUMENT_TOKEN_TO_BE_REPLACED

After almost thirty years puttering in our small townhouse patch attempting to grow all manner of inappropriate things for the sun and soil conditions, I recognize that to be a gardener is to cultivate hope. And in the summer of 2020 more than anything, I needed a sanctuary of hope, someplace to sit and think or more likely, not think, and just breathe and be. Astonishingly, in the tire fire that has been 2020, an Asiatic lily bloomed after 10 years of nothing. All I did this year was move the plant one foot where it got just a bit more sun, enough to coax four flowers.

This fall I’ve had two acceptances for pieces of my writing. That gives me hope, too. The difference? Time. I retired on April 1 this year and I’ve had time to write, edit, research potential homes for my writing, and submit. I moved into the sun.

Fittingly, my first published poem is about hope. You can find it in Bywords, an on-line magazine published in Ottawa, Canada.  “Bywords mission is to publish the poetry of current and former Ottawa residents, students and workers and to promote Ottawa’s literary, spoken word, storytelling and nonfiction activities.” Works are chosen by a panel of readers with poetry, academic and publishing credentials and to those folks I say thank you. I am tickled beyond belief that my first published poem appears in Ottawa’s own Bywords.

To you it’s naught but an oft repeated
joke, hardly funny anymore, and
I suppose I should invoke patience
and ignore it – again. After all,
what’s in a name?

I lied, said I bear no grudge,
don’t gnash my teeth, nor
pull my hair or sleep
with spirt unperturbed.

But this inharmonious consonant
that hangs around my desk
jabs me constantly,
reminds me all that is not right here.

I’m not sure who’s more stupidly
blind but here’s the thing:
soon a new schmuck will appear
and relieve misspelled me,

when I toss forever the errant “z”,
the day Susanne with her “s”
breaks free from her cubicle
and cares less.

How azul the pool,
how vermelha the vinho,
how frisky the wind in the trees,
how blinding the sun-blasted sea.

How deftly the swallows
wet bellies and beaks,
lift and swing in the breeze,
how swiftly they whisk past me.

How, of nine who recline,
I alone stare not at my phone,
how I applaud the acrobats
who whirl by me.

The Sé Cathedral of Evora, Portugal

Your stride is a rubber ball bouncing down the street.
You ribbed, “Scientists studied my feet to improve
rocket launchers, and they said my feet hear
heat and that’s why there’s air beneath my heels.”

On Gower Street that rotten urchin, Andy,
called you “Springs”. I expect he’s dead now,
little shit, or living in the Goulds with the missus,
his Lazy-boy recliner stick rubbed shiny,

the carpet farting mouldy biscuit and white bread
aroma from 40 years of spilled Black Horse lager.
Womp womp. But you – thank you! – bounced us
out of there.

“You’ll find your soul mate too late,” wasn’t true.
I knew the deal when I saw your naked feet, not
bionic or battery operated at all, just wide, muscles
at ease. They smelled like sweat and antifungal

cream. You exceeded the dream I never had and
after all these years you still bounce like that boy,
your head bob-bobbing above the rest, your
eternal spring our crow’s nest.

Written for d’Verse‘s prompt “thankfulness” and posted in open link night. Lovely work to be read there. Pop over and discover poets and poetry to suit all tastes.

No one ripped my bodice,
no kiss lifted
my right leg acutely,
nor did I ever tango
or tangle in slick Tide
washed sheets rapturously.

But once, a guy yanked
my hair and cold-cocked
me on the headboard.
I roused, laughed. What else
could I do? Of course,
I groaned and swooned,
played the sexual buffoon.

He came. I went
and showered, closed
the curtain.
No knives flashed,
no violins squealed.
Rose scented bubbles
trickled down
the drain. 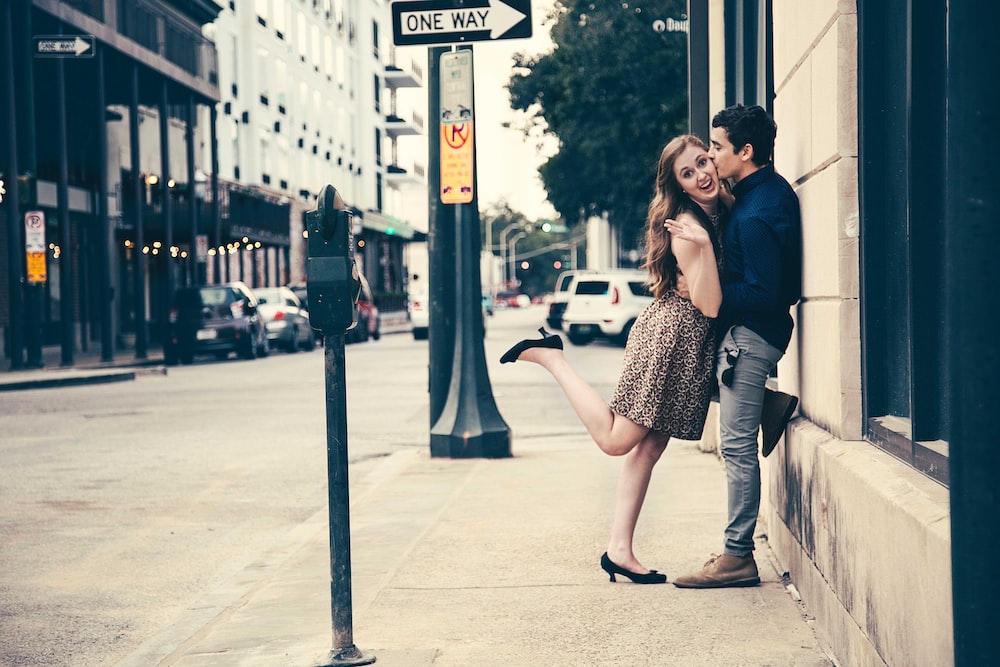 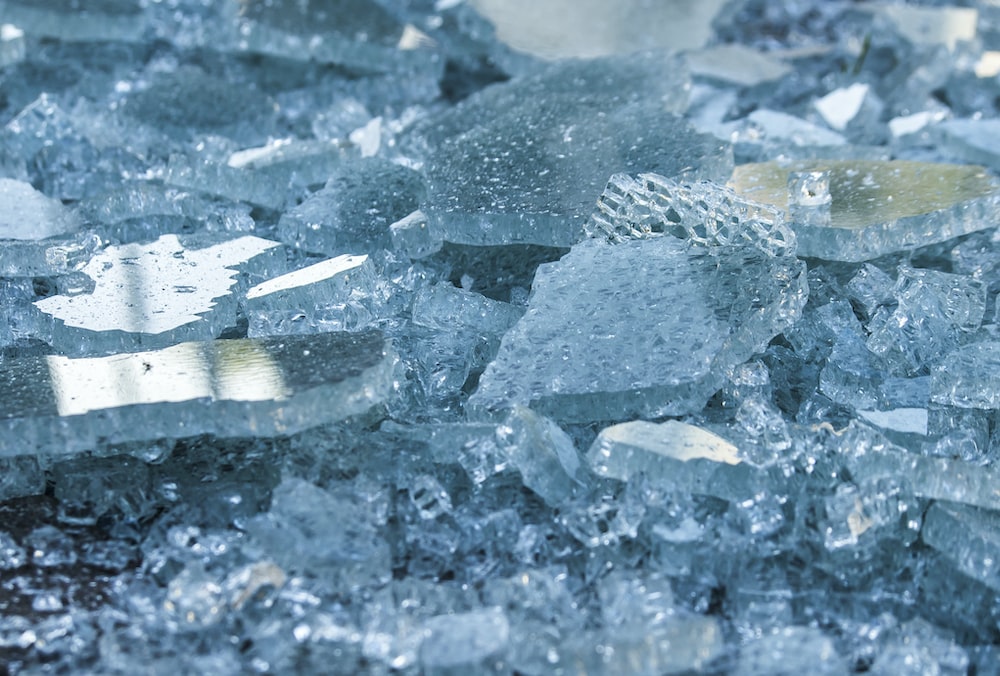 Do as I Do was the copper-top
battery of the family. Do as I Say
was the mop inside the bucket.
Just saying, Disney princesses

don’t wear chipped glass
slippers or work in the Magic Kingdom
dressed in ball gowns from
Frederick’s of Hollywood.

Do as I Say’s glass slipper
tinkled like a wind chime
when she dropped it in the rock
garden. Do as I Do ground

her teeth and released
the fiz of juniper and quinine laced
tonic in her mouth. When she fled
to Vancouver, 1495 kilometres from

home – because distance makes
the heart ponder – Do as I Say stayed
home the night her shoe shattered.
Warning shoes were fired

but Do as I Do never did not
do and Do as I Say couldn’t
say for sure if the shoe fit the other
foot. So she limped in one shoe.

“You’re half an aphorism,”
said Do as I Do. But the shoe
fit. Because shade thrown.
I know, right?

“Stop moving. If I see you moving
I’ll put a curse on you.” The hot
cauldron of hate sizzled over
the family campfire of love.

An anvil blue sky pancaked
Do as I Do, her jam oozing
from under it, gluing her
legs and arms to the ground.

Do as I Say gurgled a confessional
song underwater.  Suzie did too but
choked. Do as I Say knew
mouth-to-mouth resuscitation.

You will love the bittersweet end
of melancholy though you’ll adjust
the recipe. “C’est la vie,” said Do as I Say.
Her shoes crooned “Dooby, dooby doo”.

She giggled. “You’re playing our song.”
In the rock garden, slivers of slipper
glass winked a semaphore of misdirection.
Jam glued the family together again.

This was created using a writing exercise called “Twenty Little Poetry Projects”. Fun has been missing from my writing lately and writing this felt playful. Its mostly nonsense but with some work it could make sense.

I push my tootsies into felt lined “Joan of Arctic”
boots temperature rated to -32 C (-25 F)
and squint into the morning’s sub-zero blast,

beneath a warm crust. Until then, I trundle
past the Christmas tree the garbage men forgot
in January, still hidden under its snow sarcophagus.

A cup, a sleeve, a siren song scent, I
pick her up, outbound, spend too much – a tall
extra-hot, double-shot made sufferable
“because we care about our planet”. We
sail on, addicted, believe in her tale,
and culpable, gulp her mythology.
With paper-thin desire, I stare into
green-haloed, star-crowned, green eyes, lips, hair. She
surfs lazy brown, bony, corrugated waves
environmentally aware. We skim
the sky, a flat white winter foams below,
a strawberry frappuccino dawn blooms.
Maybe “Time and tide flow wide” but I fear
this convenient relationship is doomed.

(Posted for Bjorn’s dVerse invitation for Handbook of Forms.  We were invited to write a sonnet.  Here is the link. Poetry Forms – The sonnet )

I believe in one swaddling sky
the only sky above me,
universal, maternal, fragile
revealing light,
blue infinity,
eternity.

Misbegotten, I became a lover of you
and your children, rain and sun.
Through sky and earth I know
my body, spirit, mind live
here and only
here.

You whittled me, made me fit,
gave me space to be,
to crucify and bury worry,
grow hope repeatedly,
a seedling, sapling, fledgling
being.

I look forward to my resurrection
born anew as a tree,
where I exhale for you
and pray this earthly heaven continues
despite our sins and trespasses
against you.

I believe in big trees,
earth, sky – and her children
sun and
rain.