In 1981, I owned two pairs of corduroy pants, four hand-knit sweaters made by my mother, a pair of Adidas running shoes with a loose heel that slapped my foot as I walked, and two dresses I sewed using material found in remnant bins of fabric stores. That year, I shifted my job hunt from the careers section of the Ottawa Citizen to the classifieds. An English Literature degree had not guaranteed entry into any work I aspired to and I needed a job. I borrowed a jacket, a blouse, and a pair of shoes that blistered my baby toes for interviews. I landed a job as a secretary with the Canadian Construction Association. At 24, my real education began.

Gwen worked hard to please her boss, a young man full of gumption, the executive assistant to the president, a man going places and Gwen helped him. But no matter how she hustled, Gwen couldn’t keep up with him and I, the fledgling secretary to the director of government relations, faulted her. It didn’t occur to me that he didn’t have a clue what he was doing. No, it was old Gwen.

Scentless and single with precise hair, Gwen wore below the knee A-line skirts, sensible square-heeled black pumps, and wrinkle-free polyester blouses. Gwen bustled from her boss’ office, arms loaded with thick files. She perched on a chair in front of his desk, steno pad in her lap and scribbled as fast as she could.

“Hi, chum!” she’d hum as she bustled by my desk to relay a request to the guy who worked in the mailroom. I thought she was quaint. It was like working with my mother.

*
I learned shorthand to catch words on the fly; organized briefing binders for presentation to Members of Parliament; selected menus for executive lunch meetings; savoured the proximity to power.

Margaret Debham, the director of communications and the only female director in the office, wore high heels and red dresses. Margaret smelled like a florist shop – a combination of refrigerator coolant and forced blossoms. I noted she sometimes wore the same Calvin Klein dress two days in a row and remarked how much she must like it. “It cost a fortune but I had to have it,” she said. I tucked this nugget into the pocket of my corduroy trousers for later in my career as I climbed the dress for success ladder.

*
Margaret’s assistant called her Mrs. Debham. Margaret’s assistant bustled in 1980’s gaucho pants and a cashmere sweater above her pay-grade. Margaret’s assistant dropped out of university to support her husband. She said, “The only reason to go to university is to get your M-r-s”. She typed press releases on full-colour letterhead many times over, her IBM Selectric platen buffered by a noise reduction cover, tippety-tapping like a Barbie doll toy. It sounded like pants ripping when she tore them out of the machine. She seemed less benign when I noticed my waste-basket was full of her mistakes while hers was empty.

I edited lobbying letters and applied proofreading marks to my boss’ drafts. I typed final versions imprinted with my initials in lower case divided by a slash from his in upper case at the bottom of the page – JVT/sf – for future reference.

Linda Neeson was head secretary to the president. The president called her Mrs. Neeson and she called him Mr. Noon. Mr. Noon lived in a big house near the Royal Ottawa Golf and Country Club. Mrs. Neeson held her wedding reception in the Orangerie Room of the Chateau Laurier Hotel. She antiqued on weekends. They understood each other.

Mrs. Neeson smoked with her hand held high; her red nails perfect cigarette accessories along with her silver cigarette case. She tapped the filter on the case before she lit up. She shopped at Tallmire’s, a store so fancy, sales assistants accompanied you into the change room. Two days before payday, Mrs. Neeson bummed cigarettes from the junior secretaries and turned down lunch dates.

Mrs. Neeson went to her hairdresser once a week where he straightened her bleached blond hair. It frizzed by Thursday and was revitalized on Friday. It cost a lot to be executive secretary, I thought. Still, I aspired. Mrs. Neeson never bustled, perhaps because her high-heels were sling-backs, notoriously unstable footwear. When she got an office of her own next to Mr. Noon, she became one of “them”. She had a door.

I left. I wore shoulder pads when I became a conference planner, jeans and Doc Martens while a contract worker, thrift store finds as a stay-at-home mom, khakis while an adoption facilitator.

I work in a converted convent; labour at a sit-stand desk that blocks the view out my window. I peek around it looking for the sky or gaze into the windows of the neighbouring condos and watch people come and go all day. Sometimes I see a naked man in the middle of the afternoon. He must be retired.

My work station forms a footnote outside the offices of my two bosses, both women. We communicate by email. I perch virtually. I help them achieve their goals.

I pencil in my sparse eyebrows and bustle on the computer trying to keep up with the processing speed of my 30-something colleagues. Sometimes they duck into the bathroom as I come towards them in my sensible black pumps and below-the-knee skirts, making the Peace sign in greeting.

I shop at women’s second-hand clothing stores. Like those clothes, I am a few seasons behind the curve yet still recyclable. I still work to fit.

At lunch time I go to the library and hide in the poetry section or seek “how to write” guides. I compose in a journal. I still aspire. 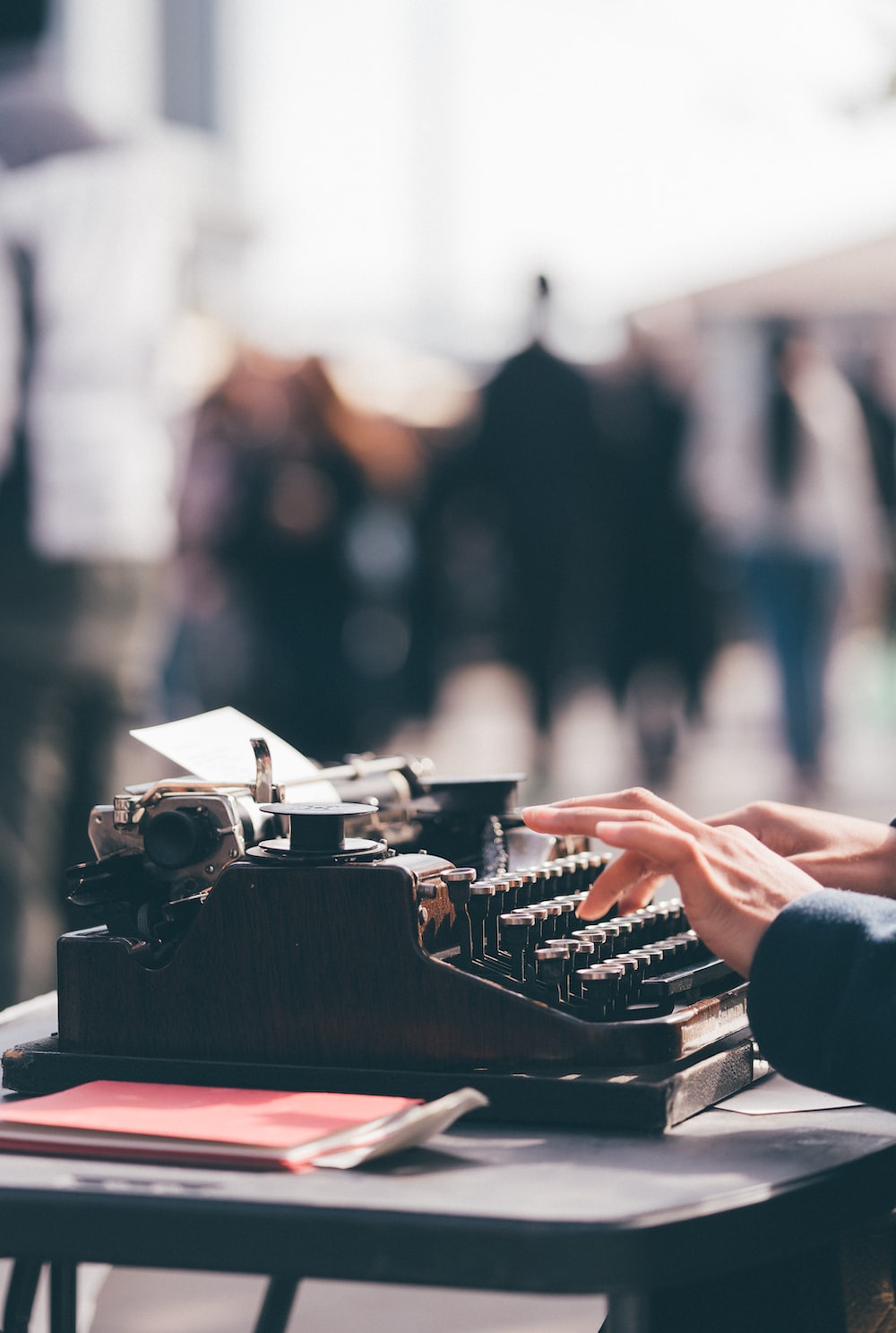